Blog/ Roadmaps/ Your Product Roadmaps Aren’t For Everyone

Your Product Roadmaps Aren’t For Everyone Your roadmaps aren’t for everyone. It’s essential to tailor your product roadmaps for your audience. One-size-fits-all might sound more manageable, but it will lead to unnecessary conversational detours. It also conveys a generic feel to the viewer. A customized approach makes things relevant and hits on their points of interest.

Your Roadmaps Aren’t for Everyone

Matching your content and presentation to the folks you’re presenting to is important. But so is figuring out who should be in the audience to begin with.

While you might think you want to share your roadmap with everyone possible (except your competitors), that’s not the best strategy.

Everyone doesn’t need to see your roadmap. If there isn’t a good reason to share it with someone, you’re better off keeping it to yourself. So let’s take a deeper dive into who should be getting their hands on your plans and the best way to optimize that experience for those that do.

Who are You Sharing Your Roadmap with? And Why Them?

This is not a question we often ask ourselves, but one we should ask more often. It’s become commonplace for people to demand a glimpse of our plans. So it’s far easier to hand it over than put up a fuss. Plus, we’re usually pretty proud of our work and excited about what the future holds, so why not show off a bit?

In the fifth annual edition of our product management survey, we found product managers continue to have a diverse view of who their primary roadmap audience is. Let’s examine each group and weigh the pros and cons of sharing roadmaps with them.

The No. 1 challenge facing product managers is setting roadmap priorities without customer or market feedback. This challenge might lead you to believe that we should be handing out copies of our roadmaps like hotcakes. All the better to gather as many reactions and suggestions as possible.

But gauging reactions to a roadmap is far different from actually conducting market research. You’re leading the witness, even if it’s couched in disclaimers that the roadmap is “only a draft.”

The roadmap has already narrowed down the scope of what could be in the product. This scope differs from the “blank page” that the customer had in their mind. Instead of them thinking about problems they’re trying to solve, they’ll be busy trying to map what’s on the roadmap to its impact on their daily lives. Not to mention the extra debate over why things are where they are (or aren’t there at all).

Despite this, 11% of product managers we surveyed say customers are their primary roadmap audience. In these cases, we hope they’re presenting a “finished product” to these customers and not using it as a tool for setting priorities.

Instead of using roadmaps, product managers should use other methods for soliciting feedback. Don’t narrow the possibilities before you’ve explored all the options.

The product team itself is the primary audience for 22% of respondents. The team must be aligned and working off the same set of plans. But we remain surprised that such a large chunk of product managers are essentially building roadmaps for themselves.

Roadmaps are such a powerful tool for communicating the product vision and strategy. It seems like a bit of a waste to be primarily using it amongst team members. Why keep it to yourself?

This cohort is the primary audience for 15something% of product managers. Marketing needs the roadmap to devise and schedule marketing and educational campaigns. It’s pretty hard to drive traffic and create demand when you don’t know what it is you’re pushing.

On the sales side, sharing a roadmap can be dangerous. It can lead to the sales team selling what’s scheduled instead of what already exists.

Even worse is when plans change, and some of that functionality gets scrapped or significantly delayed. It can create some unhappy new customers that were expecting things to be there. It can also delay deals from closing if the prospect chooses to wait for something on the roadmap instead of buying it today.

With both audiences, it’s critical to communicate the malleable nature of a product roadmap. There should be a giant caveat that all things are subject to change.

These are the people talking to the market and potential buyers. Their words, messages, and promises can have a significant impact on growth and other key metrics that matter to you as well as the rest of the company.

The people building the product are the primary roadmap audience for 10something% of product managers. Laying out the big picture for the engineering team has many benefits.

First, it illustrates how the specific features and functionality they’re working on helps advance organizational goals. Creating this linkage makes them feel more involved and motivated. Much better than just being handed requests like they’re short-order cooks.

Additionally, it allows the technical team to identify dependencies and code for the future as well as today. If they know what’s coming, they can lay a foundation that will support the larger plan and not only the task at hand.

The folks at the top of the food chain are the most common primary audience for roadmaps, taking that spot 40% of the time. Although year-over-year this percentage has dropped a bit, it’s encouraging to see such a large portion of product managers using their roadmaps to build alignment among these stakeholders.

Executives have busy schedules, short attention spans, and competing priorities. There’s no replacement for a visual and concise product roadmap to get buy-in from the bigwigs. This audience wants to see how the puzzle comes together and moves the needle on KPIs. They’re less concerned with the nuances of the individual pieces.

As we’ve already pointed out, there are a lot of potential audiences for your product roadmap. But it’s not always a great idea to share it with everyone. Here are some common pitfalls of a roadmap falling into the wrong hands at the wrong time.

A roadmap with too much specificity can spell trouble with several audiences. Executives and sales teams can get fixated on a particular piece of functionality. Before even finalizing, they’ll start talking about the functionality. This can lead to disappointment, frustration, and anger if that new feature never comes to be (or doesn’t appear until much later than they thought it might).

Also, the less ambiguous a roadmap is, the more nitpicky its audience can get. The point of a roadmap isn’t to generate explicit discussions and debate about implementation details. It’s intended to communicate strategy and themes.

An engineering-facing roadmap might need a lot of exact descriptions of the upcoming releases. But providing that granularity to other stakeholders can generate a lot of unnecessary drama.

Even if your company’s well past “stealth mode,” there may still be some advantages to keeping some cards close to your chest. Anything you tell a customer is likely to end up on your competition’s radar. And sales teams aren’t exactly known for being discreet about things they’re eager to sell.

Marketing and engineering are safer bets to keep your secrets, while the executive team can be a mixed bag. Get a feel for how loose-lipped your C-level team can be when they’re pitching and presenting before giving them too many juicy details.

Roadmaps are built on assumptions, but the audience may not know that. Presenting a strategy before doing your due diligence to make sure it’s technically feasible and appropriately resourced can put you on the defensive.

Publicly committing to even vague deliverables without understanding the viability of those plans can backfire. It damages your credibility if and when things don’t pan out as expected. It might also hurt your relationship with the engineering team.

Build an alliance on trust and mutual respect. If stakeholders haven’t chimed in on how doable and realistic your roadmap is before it gets in the hands of execs, customers and salespeople, prepare for some significant blowback.

Optimize for Your Audience

As we’ve already made abundantly clear, not all stakeholders are created equal. So when you’re ready to present a product roadmap, tailor both the presentation and the roadmap itself for the occasion.

As a general rule, brevity is a product manager’s best friend when it comes to product roadmaps. That doesn’t just apply to the actual text on a roadmap—which should always be kept to a bare minimum—but the content itself.

There a few ways to trim down a roadmap for the intended audience:

Theme-based roadmaps get product managers away from simply stringing one feature after the next. They take a more prominent picture approach to the product strategy.

Themes are especially helpful when presenting roadmaps to diverse audiences. A theme-based roadmap is intentionally light on the details. This approach can enable you to get stakeholder buy-in and stay on track since they’re not super-specific.

However, some themes may not be relevant to different audiences. Hide those away so you can focus on the relevant ones for the current crowd you’re presenting to.

Themes also transform roadmaps from being definitive, my-way-or-the-highway plans. They instead become a facilitator for additional discussion and idea generation.

Tell a story they care about

A roadmap is a visual tool for telling a story. It’s a story of how you’re going to solve problems, delight users, grow the user base, increase revenue, or achieve strategic goals. But it’s not a story about all of those things at the same time.

The story you’re telling to a particular audience might sound very different from the story you told someone else, even though the same product is at the center of it. That’s because everyone brings different motivations to the table.

Optimize your presentation by telling them a story they want to hear. It should answer the questions they have, touch on their hot-button issues, and speak to their specific goals and desires.

That means leaving some things out and going into further detail on the things that remain. No two audiences are identical, so do your homework and then take a customized approach to each one.

Your product roadmap is something to be proud of. And you’ll get your opportunities to bask in public praise for the vision and strategy it illustrates. But remember that your roadmap is a tool to be wielded carefully. Also remember, your roadmaps aren’t for everyone.

The ultimate prize is bringing a great product to the market and continually improving upon it to advance the goals of the organization. So before you blast it out in a company-wide email or arm your sales team with an unfiltered version, take a step back and pick your spots.

Want tips and strategies to build a roadmap that works for your audience? 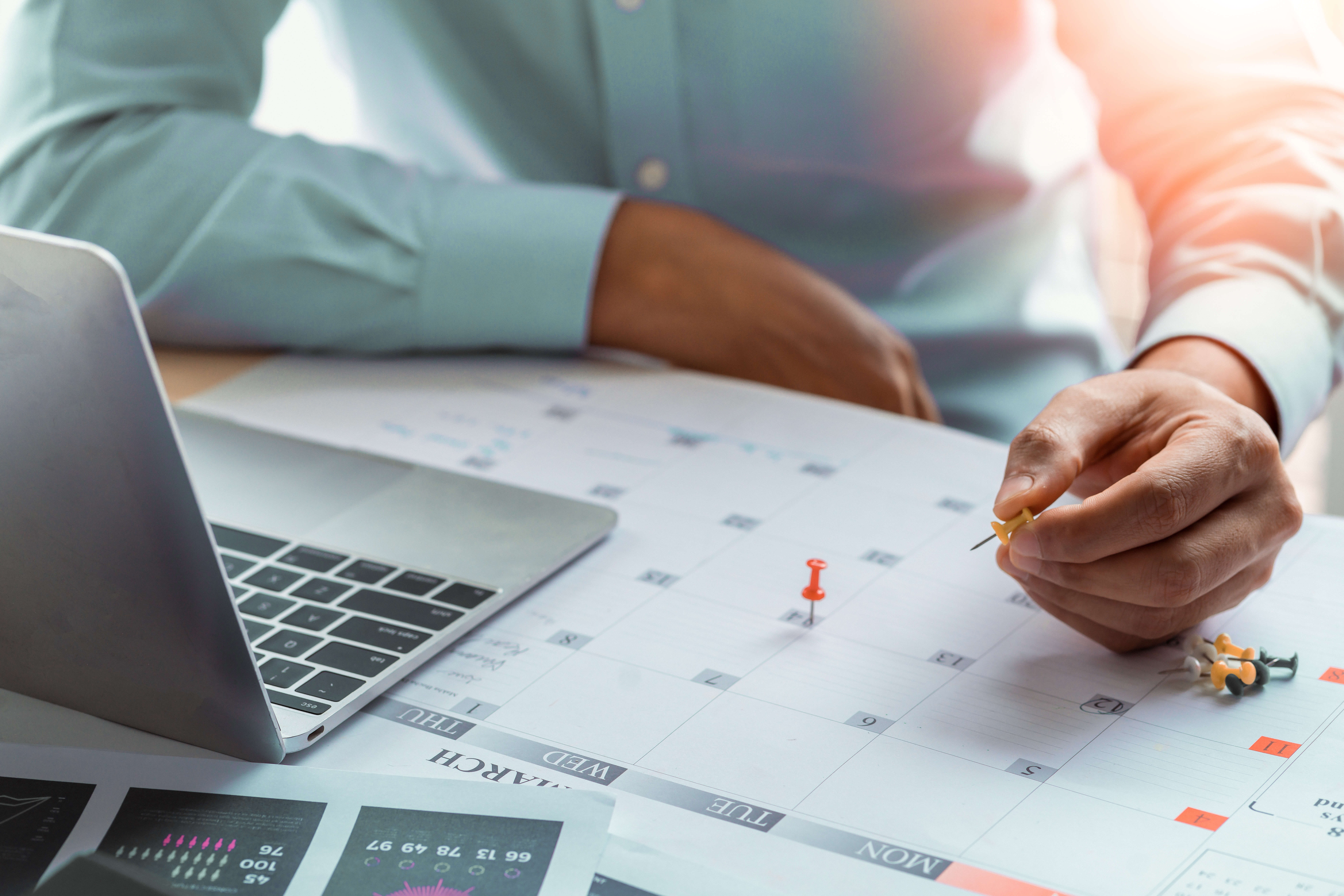 Strategy is Important But It Isn’t Everything

In an ideal, data-driven world, every product, project, and program would come gift wrapped with its own precise set of goals, objectives, and KPIs.... In modern software development, product designers tend to be embedded on a cross-functional squad or scrum team. That team’s collective work is often represented,...