An interesting subject matter, challenging work, work environment, growth potential, benefits… these are just some of the factors product management professionals consider when taking or staying in a job. But for many product managers salary is a huge component in whether they’ll accept an offer or not.

For employees, job hunters, and hiring managers, it’s essential to have good information when considering salaries for any job. It’s particularly critical for product management. As there are likely far fewer workers performing those functions than there are engineers or salespeople, for example.

That’s why industry benchmarks are extremely helpful for all parties involved. Using this data, everyone can understand what’s fair versus unreasonable. Data paints a more complete picture of the full range of compensation packages offered to product management professionals at various career stages and locations.

ProductPlan collected salary-related information from respondents for our 2021 State of Product Management Annual Report. Now everyone from aspiring product managers to seasoned veterans to executive leaders has access to this benchmark data. This information is powerful for career decisions and offer letters.

Note that the numbers in this article are specific to product management professionals in the United States. It’s important to note that on average in the U.S. product manager salary is higher than in any other market.

While this isn’t particularly shocking, seniority pays dividends when it comes to compensation.

Newly minted product managers in their first two years on the job make $74,000 per year on average. Those with two-to-five years of experience bring in an average of $88,000 annually.

Getting past those initial five years results in a big jump in pay. Workers with 6-10 years of product management experience make an average of $116,000 per year. While those with 10-15 years of experience receive an annual salary of $134,000 on average.

Those with the most years under their belt are also unsurprisingly the folks bringing home the biggest paychecks. Product professionals with 15+ years of experience make an average of $154,000 each year in the United States. The pay gap between male and female employees performing similar functions is an issue across the entire workforce. Women have faced an uphill battle to receive fair compensation. This sadly remains the case for product management, as well. Men on average make 7% more than women in product management.

This uneven gender split increases the higher up you go, as women occupy 36% of the senior roles while men occupy 64%. It wasn’t always the case that men held a disproportionate number of product management jobs. At one point, it was nearly an even split.

Although women actually outnumber men in the junior ranks of product management, things tend to change after the five-year marker. Men start holding the majority of roles. Since women abandon the discipline sooner than their male peers, they’re less commonly found in senior roles.

41% of women leave technology after ten years while only 17% of men depart at a similar juncture. This leads to the crop of candidates for higher-paying senior positions skewing more male.

After that, things become somewhat more equitable. Women only making 2% less than men during years three through five and 3% less during years six through ten.

The most noticeable gap is during the crucial 11-15 years span. This is where the gap is 9% during the time period when women are most likely to abandon product management.

The gap is then nearly closed after 15 years, where the salary difference is less than 1%.

Product management and tech in general also aren’t exempt from the systemic issues perpetuating inequality based on race. For the same types of jobs, Asian professionals continue to make the most, trailed by white workers and then Hispanic, with Black workers making the least.

Just like in real estate, where one works (or where their company is headquartered) can make a big difference in their paychecks.

Some of this compensation is based on the cost of living. But it’s much more driven by the competition for talent. Technology hotbeds find themselves fighting over candidates and driving up compensation.

The city that never sleeps is also the city paying the highest product management salaries. New York City comes in at 129% above the national average. The Bay Area isn’t far behind, as San Francisco-based product managers earn 80% more on average. Seattle (49% more), Boston (48% more), and Los Angeles (43% more) round out the top five highest-paying markets.

What remains to be seen are the repercussions of two significant trends that began in 2020 and will continue in the years to come. The first is the shift to flexible work environments and remote-first mindsets among many technology firms.

While the pandemic accelerated this movement, more companies will seek talent out wherever they can find it. But might be less excited to dole out premium salaries to workers in more expensive areas. For example, Facebook, Twitter, Stripe, and VMWare are thrilled to support their workers moving outside Silicon Valley, but those moves will be accompanied by salary reductions.

The other shoe that’s about to drop is the rapid exodus of firms from these expensive locations. Oracle, Tesla, and Hewlett Packard are decamping the Bay Area for Texas, while Miami is also making a play for California and New York firms to head South for more than Spring Break. Cheaper costs and lower taxes are obvious draws. But the impact on rank-and-file paychecks is still up in the air for those who move as well as those remaining behind in more expensive markets.

The “household names” of the tech world pay their employees a premium. A product managers’ salary is no exception. Product management professionals at Uber, Google, Microsoft, Airbnb, and Slack have average salaries above $200,000 per year.

It’s also vital to remember that part of the reason the well-known tech giants are paying so much is because of their locations. They’re located in more expensive markets due to their continual competition against other top firms for premium talent. It doesn’t hurt that they’re usually flush with cash and are still in growth mode, which often leads to freer spending on salaries.

But also keep in mind that bigger isn’t always better. When companies are really large an individual product manager doesn’t always have as much influence on the bottom line. Thus, they’re not likely to be as valued as they might be at a smaller firm where they can make a bigger strategic impact. So, as with all things, it’s dependent on the individual situation.

A bachelor’s degree is pretty much table stakes for anyone pursuing a product management career. Yet only 43% of product management professionals have a graduate degree. Those numbers inch a little higher when evaluating senior management roles, where 48% boast two or more diplomas. In addition to their regular paychecks, some product managers see an annual bonus as part of their overall compensation. 44% of our survey respondents reported receiving a bonus, with the average amount coming out to $3,000 per year.

While this isn’t an insignificant amount of money, it’s typically not as much of a determinate factor for product management as it might be for those in sales or working in other bonus-heavy industries such as financial services.

Of course, the appeal for many tech companies is the allure of equity. But since stock options aren’t a sure thing, they shouldn’t be counted as part of the package until the company goes public.

If this article makes you frustrated that your salary as a product manager has stagnated or you’re being underpaid, you don’t need to immediately quit your job or start hunting for a new role. With a data-driven argument, you can lobby for a raise at your current place of employment if the political and economic environment is amenable to such a request.

The product manager salary you settle on when you’re first hired will determine your financial trajectory as long as you work at the same place. It’s much harder to get a raise once you’re already on the payroll.

So, whenever you contemplate your options and pursue other opportunities, be sure you are negotiating well for the best possible starting salary for a product manager. You want to be paid well enough that you’re excited about the job and not harboring resentment before you even start working there.

For an in-depth guide to getting your due, learn how to negotiate your product manager salary.

Download a copy of all these stats for free below. How to Effectively Negotiate Your Product Management Salary

Salary negotiation isn’t easy in any profession, but it can be particularly tricky in product management. Whether it’s because some... 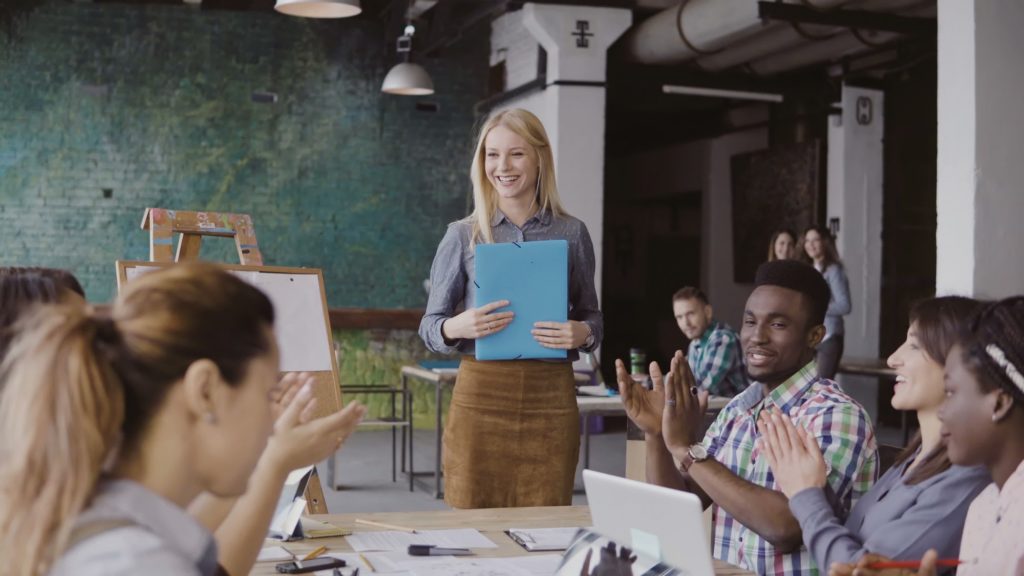 The Art of Communication: 7 Tiny Tweaks That Deliver Big Impact

Are your product management communication skills up to snuff? Here are seven adjustments you can make to deliver a significant...