Product management receives a constant barrage of requests from a variety of sources. Whether you’re talking to customers, salespeople, executives, customer service, or the marketing team, there’s no lack of opinions on what should be built next.

But some things must get done now. And other things simply aren’t a priority at this moment. Deciding which initiatives move to the front of the queue is the hard part. But with a little bit of math and a lot of estimated forecasting, cost of delay can help drive prioritization decisions.

Some things are quick to ship, others will take longer. You could just do the fast ones first so there’s something generating revenue ASAP, but if the bigger features with the biggest financial pop keep getting back-burnered in favor of quickies that generate only a fraction of the revenue, it might be worth delaying the short money for a bit so the real money-makers can hit the market sooner.

For example, if Feature A takes one month to build and generates $10,000 in incremental revenue per month and Feature B takes three months to build but generates $50,000 extra each month, it’s actually worth sacrificing the $20,000 you’d make in months one and two to start making that $50,000 from Feature B even one month sooner.

“If you want to save or make the most money, you need to prioritize your backlog… by money,” says Derek Heuther of ALM Platforms. “We’re not profiting from a feature that is not in production, so therefore, we are losing money every day it’s not there.”

Why cost of delay?

Cash is the ultimate tiebreaker. When a tough prioritization call must be made, nothing makes it easier than being able to assign a financial value to each option. A grumpy customer or disappointed sales rep is easier to tolerate when you’re making a decision that represents extra revenue.

One of the more interesting outcomes of employing cost of delay techniques to backlog prioritization is realizing that spreading out product development resources across multiple features is sometimes a bad idea. Although this strategy does mean there will eventually be lots of features available, in the short term there will be nothing new coming out, and therefore nothing driving incremental revenue.

When there’s a big payoff from a big project, it might be worth going all-in to get it out the door sooner, even though everything else will be delayed.

One of the easiest cost of delay calculations is when there is a deadline with revenue implications. Basically, if you don’t ship Thing X by Date Y then you don’t get paid at all. If the revenue associated with that deadline is significant and other items can be delayed—and your company is willing to stomach the forgone revenue that comes with those delays—then a prioritization strategy meeting that deadline makes sense.

On the other hand, if there’s a fixed-date deadline with a minimal payoff, you can make the call to sacrifice that revenue and focus on other projects with a bigger ROI, despite knowing you will now never see the revenue from that project with the fixed-date deadline.

While most of this post focuses on how much additional money a business could make by releasing new functionality or products, there are cases where the goal is to avoid losing money. For instance, if a current customer has threatened to leave if a particular functionality isn’t available by a certain date, a delay would represent an actual loss of current revenue.

Another place where this comes into play is with technical issues. Whether it’s festering bugs, lingering infrastructure challenges, or scalability challenges, delaying these initiatives may make them way more expensive to address in the future than it would be to take care of them right away.

Sometimes the cost of delay isn’t just postponing incremental revenue, it’s losing business to a competitor who has come to market with something compelling enough to steal current or potential customers away. In these situations, a defensive measure to restore parity with a particular feature or capability may trump projects that directly drive new revenue.

There are scenarios where cost of delay isn’t nearly as relevant.

First of all, if your business model is built around one-time sales versus a subscription model, while a delay definitely does push out when you’ll make money off a given initiative, you will still eventually generate that revenue (assuming the appetite in your target market remains). If 1,000 customers will buy it for $100 in January but they’d also buy it for $100 in July, you’re merely postponing collecting that $10,000… it’s not going anywhere. Depending on the goals of your management team, there are even advantages to delaying the receipt of one-time revenue in terms of growth metrics and revenue recognition.

A lack of competitors can also take the pressure off a rushed release since there is no threat of anyone stealing the business.

What about customer value?

Thought leaders, opinion pieces, keynote speakers, and even this blog have preached over and over about the importance of customer value and how that should drive product planning and prioritization.

So now we’re supposed to become cold-blooded capitalists and just squeeze every possible cent from our customers as quickly as we can?

Well, yeah…kind of. Actually, you’ve been doing that all along, it just hasn’t been so plainly stated. People pay for things because they value them, ergo you create customer value. Here we’re just pinning some numbers to that value—similar to value-based pricing strategies—and using that to define the opportunity costs and make decisions accordingly.

Let’s say you run an amusement park and are going to add some new concessions. Those tasty treats are going to be valued by your customers… that’s why they’ll pay for them. You’re just stepping back and figuring out how much money you’ll make every month from a frozen lemonade stand and how much you’ll make from a hot dog cart, then installing whichever makes more first.

Some customers will value frozen lemonade, others will value hot dogs, and some will value both. You’re adding to the customer experience while also making smart business decisions.

One of the less pleasant tasks product managers face is breaking the bad news to stakeholders that their pet project or customer request won’t see the light of day for a while. While this is always disappointing, incorporating the cost of delay into your rationale is a savvy move.

“By making the economic trade-offs more visible and easily understood, we can make faster and more sound choices,” says Joshua Arnold of Black Swan Farming. “Making tough choices where you’re trying to balance lots of different variables is an inherent part of the creative process.”

Instead of simply telling them that their widget won’t be ready until Q3, you can explain that building that widget earlier would sacrifice $100,000 in potential revenue. Putting a price tag on a bumped-up prioritization gets people back to economic decision-making instead of emotional.

Not only does this show your stakeholders that you have really good reasons for prioritizing other work, but it also illustrates your business-oriented thought process and focuses on revenue. This comes in handy when you’ve spent plenty of other time talking about touchy-feely user experience or not-so-fun technical debt.

Another tool for your toolbox, but not your only one

While it might be tempting to adopt cost of delay as the overriding product prioritization and planning strategy for your products, it is not without its drawbacks. Using revenue to drive decision-making can ignore some strategic drivers that go beyond stuffing the company coffers with cash.

Long-term competitiveness, investor objectives, market value, and customer retention are also worthy drivers of business strategy that don’t come with a black-and-white price tag. Solely chasing dollars can’t drive everything your company does unless it is truly in its twilight and is just trying to max out profits before they shut things down.

But adding this prioritization element to the mix is both valuable and eye-opening. It’s a new way of thinking for many in the organization that might just improve your year-end bonus. 5 Key Responsibilities of a Product Owner

If there’s a more widely misunderstood job title than “product owner,” we’d like to see it. As a professional in... 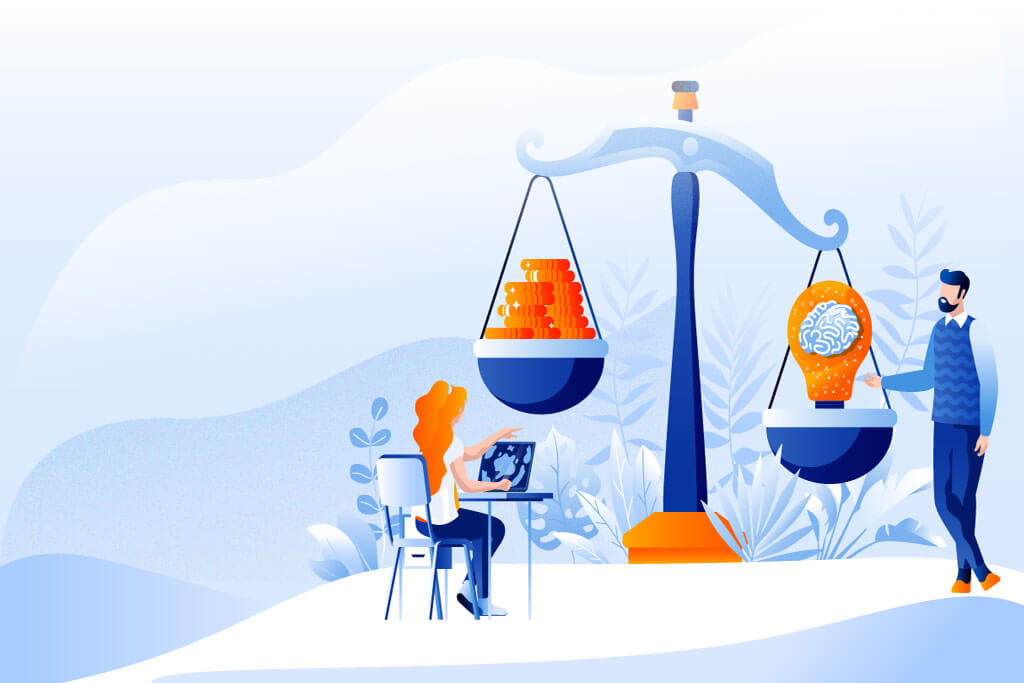 How to Use Multiple Prioritization Frameworks

What separates mankind from the rest of the animals is our usage of tools. We have tools for building things,... Without Justifying Opportunity Costs, You Might Prioritize the Wrong Features

When prioritizing features, you need to justify opportunity costs. Here are our tips for bringing this up in conversation.