When Someone On Your Cross-Functional Product Team Won’t Cooperate

You’ve kicked off the development phase of your new product. Your executive team seems enthusiastic about the product’s potential. Your first meetings with the key members of your cross-functional product team—in marketing, development, and sales—have all gone well. In this early stage, everything seems to be going smoothly.

Who is Steve? For the purposes of this hypothetical, it almost doesn’t matter. He could be your product’s executive stakeholder from marketing, perhaps your company’s CMO. Or he could be a developer. He could even be your corporate webmaster. The point is, Steve is uncooperative, unwilling to carry out his responsibilities for your product development. And the question is: What can you do about it?

One of the biggest challenges a product manager faces in leading a cross-functional product team is the fact that the PM typically has no organizational authority over any of the people on that team. If Steve is your CMO, then obviously he outranks you. But even if he’s your webmaster, and you’re a couple of rungs above him on the company org chart, he still doesn’t report to you. So getting Steve to cooperate isn’t going to be as easy as ordering him to do what he’s supposed to do. You’re going to need another strategy.

How Not to Deal With an Uncooperative Member of Your Team

It can be extremely frustrating when someone on your team is able to slow down or even halt your product’s progress by simply stating, “I don’t think we should do it that way,” or, “No, I’m not doing that.”

Tweet This:
“Don’t fall victim to your emotions when dealing with an uncooperative team member.”

But you need to be strategic about bringing a Steve back into the fold. Don’t fall victim to your emotions and default to these common pitfalls when dealing with an uncooperative team member.

By all means, have “The Talk” with Steve. Once. Do this one-on-one, in private, to give Steve the freedom to articulate his position and explain why he’s refusing to move forward with your plan in the way the rest of your product team has agreed to do it.

You might find that Steve didn’t fully understand some aspect of your plan. Or that he was worried he wouldn’t be able to successfully complete his part of that plan—and that he would ultimately be blamed for the product’s failure. In these cases, you might be able to find a solution that satisfies Steve and gets things back on track.

But if after having this difficult talk, you’re convinced that Steve is going to continue to be unhelpful—or, worse, that he’s going to block progress wherever he can—there’s no reason to continue arguing with him. You’re going to need another strategy.

This is probably going to be a losing strategy as well. Even if you convince Steve’s boss that he needs to cooperate, and Steve’s boss orders him to do so, Steve will still find ways to slow things down or make things difficult for the team.

The only way a cross-functional product team can drive through the inevitable obstacles and setbacks—and emerge with a winning product—is if each person on that team is working toward a shared goal. You can’t afford to have even one person on that team who’s resentful and not bringing their best effort.

So don’t try to force Steve to fully join your team by asking his boss to demand it. That just won’t work.

Don’t ignore the problem and let the person do whatever they want.

In some cases, this might feel like the path of least resistance. Product managers are always putting out fires on multiple fronts, and it might just seem easier to focus on something else. Ignore the problem. Let Steve do whatever he wants and figure out how to work around him.

To illustrate how this strategy can go wrong, consider a political anecdote from the Chris Matthews book Hardball. Matthews contrasts how two presidents—Ronald Reagan and Jimmy Carter—dealt with rivals in their own parties.

Carter had a political rival, Democrat Joe Califano, who made trouble for him as he ran for president. Carter’s answer to the problem was to appoint Califano to his cabinet, as Secretary of Health, Education, and Welfare. In other words, the president gave his rival a job somewhat removed from his inner circle—trying to make the problem go away.

But this move had the opposite effect. As the head of his own entity within the federal government, Secretary Califano was able to build his own empire, with his own loyal staff, and effectively create a separate administration that challenged the president’s. Within a couple of years, in fact, Jimmy Carter fired Joe Califano from his cabinet job.

Ignoring your Steve problem, or pushing him into a corner, won’t make the issue go away.

Align Your Interests With the Interests of Your Uncooperative Team Member

Even though Baker was an obvious adversary, President Reagan was impressed with his political savvy. But he also understood that if he were to tap Baker for his administration, he would have to do so in a way that, unlike Jimmy Carter’s approach to Joe Califano, wouldn’t put Baker in a position to undermine him.

So Reagan appointed James Baker as his Chief-of-Staff—ensuring that Baker would be successful only if he made President Reagan successful. And that strategy, as Matthews explains, worked brilliantly.

Of course, we opened this blog by discussing how difficult it is to lead a cross-functional product team when you as the PM have no organizational authority over that team. And as president, Ronald Reagan was in effect the most powerful person in the world. So, if you have no actual authority over your uncooperative team member, your Steve, what can do you?

Even without the ability to force Steve to do anything, you can find ways to align his interests with yours—to motivate him to enthusiastically carry out his responsibilities to your product’s development. Here are a few ideas.

It’s much more difficult for an uncooperative team member to stay uncooperative when he’s being praised across his organization for the work he’s doing.

So when it’s appropriate, when Steve does something praiseworthy, give him his due praise in such a public way that he finds it more difficult to stay, well, difficult.

Give Steve the public team hearing he wants.

You might also find that your uncooperative team member simply wants the opportunity to voice concerns or disagreement to the team about some aspect of your product’s plan.

If this is the case, and if you determine either that 1) Steve’s argument could have some merit, or that 2) Steve is reasonable enough that he will re-join the fold if the team doesn’t agree with his concerns, then it might be worth holding a larger team meeting to let Steve voice his issues.

Allow Steve a small win or two of his own.

In some cases, you’ll find Steve is really just fixated on a few small things that go against the grain of your cross-functional product team’s larger plan. If that’s the case, and if you determine you can bend on those small elements without compromising your product’s progress, give Steve those wins.

Again, it will be more difficult for him to continue putting up roadblocks and slow your team’s progress when he knows you’re going out of your way to work with him.

Tweet This:
“Dealing with uncooperative team members is part of your role as PM—and a leadership solution is always preferable to the HR route.”

But if you run up against a Steve on your team, someone who doesn’t want to do his part to help the team execute on the strategic plan you’ve all agreed to, your best bet will be to find a better way to lead Steve. It will not be to argue with Steve or to keep insisting he do things the way you want.

Yes, in the end, if you try the strategic solutions above and still can’t bring Steve around to your team’s way of thinking, you might need to have him replaced on your team—or removed from your company entirely. But that is a last resort, and it almost certainly doesn’t have to come to that.

If you can use your superpowers as a product manager, you can almost always find a way to make Steve an enthusiastic member of your cross-functional product team. 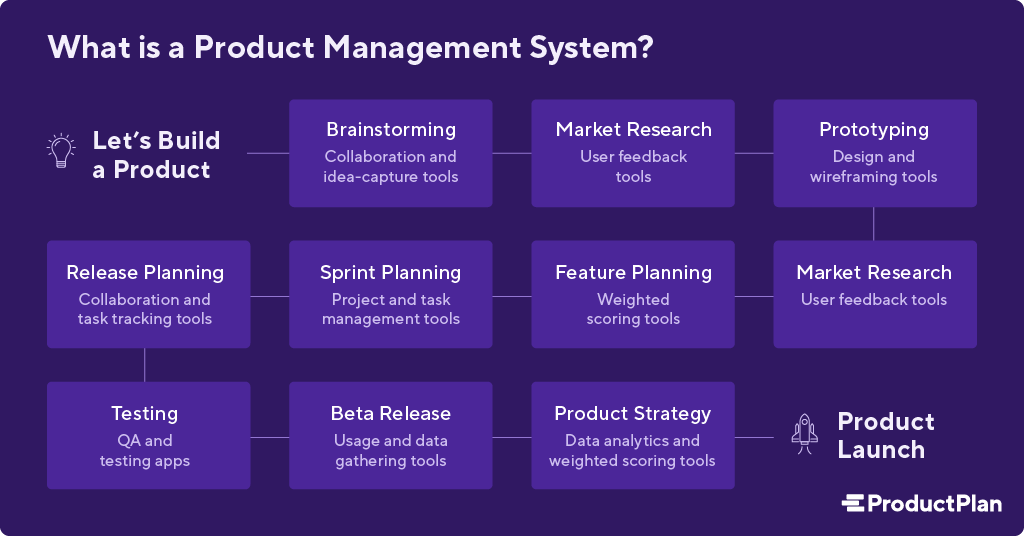 An effective product management system creates a single source of truth that aligns your product team and stakeholders. Product marketing can be tricky to define. It’s not sales, it’s not product management, and it’s not “traditional” marketing either. In...