Here’s a funny exchange from NBC’s sitcom The Office. The CFO of the show’s fictional company Dunder Mifflin says to regional manager Michael Scott, “I’ll fax over some of the things we’re looking for, okay?” Michael sarcastically answers, “Fax? Why don’t you just send it over on a dinosaur?”

Was Michael mocking fax because the fax machine or fax transmission protocols no longer work? Not at all. They still do. In fact, many businesses — particularly large corporations with expensive legacy fax infrastructure that they want to amortize as long as they can — still use fax every day, often to transmit their most important and time-sensitive documents. Michael laughed at fax technology not because there’s anything inherently wrong with it, but rather because it’s, well, old, and there are newer ways to send documents.

(By the way, in case you’re unfamiliar with The Office, the fictional corporation it depicts, Dunder Mifflin, is a paper company. When you consider that fax technology was invented in the mid-nineteenth century and not popularized until the 1980s, but paper has been around for two thousand years, that character’s mockery of fax as a Jurassic-era technology seems even sillier.)

So, is newer always better? Of course not. Did you ever taste ‘New Coke’?

In our tech-dominated era, virtually all of us rely on gadgets and software in our professional lives, our social lives, our consumption of entertainment, and in the management of our daily activities. So it makes perfect sense that we’ve developed a bias for assuming the latest, most advanced technology or process will be the best for us.

Tweet This:
“When it comes to your productivity, sometimes you can find huge benefits in turning down the digital noise.”

But when it comes to your productivity and creativity, sometimes you can find huge benefits in stepping back, turning down the digital noise, and giving history’s longest-standing productivity tools another chance. Like paper. And for product management in particular, the Post-it Note.

When you run a roadmap planning session, backlog review or some other product-related meeting, you’ll obviously need some sort of tool to capture, organize, and move around the ideas and tasks you and your team come up with.

This being 2017, you will almost certainly want to default to digital technology — maybe a spreadsheet or document running on your laptop and projected on a wall in the room. But there is one challenge: If everyone is on their laptops to capture and process ideas, there will most certainly will be a nonstop source of distractions and disruptions.

Slack messages and new emails pop up on the screen. Chirps and dings sound every time someone receives a new text. You’ve been there.

But if you can set aside all technology, except one shared digital roadmap projected on the wall — leaving only pens and paper for all meeting participants — you will gain an enormous amount of mental focus and productivity among your attendees.

2. Post-its are a great early-stage idea-capture tool because their low-tech nature encourages your team to be more comfortable brainstorming.

This insight comes from a recent interview ProductPlan conducted with Brian Crofts, the former Vice President of Product for Namely. In that interview, he explained that he believes anything early-stage — whether it’s a product or a project or some other initiative — should be lower fidelity. Brian told us he used to use a Moleskine notebook for early stage planning.

This allows Brian and his team to rapidly iterate and try more things in their brainstorming process, because they aren’t committing the ideas to a presentation tool right away.

Tweet This:
“Post-its are a great early-stage idea-capture tool because they’re low fidelity.”

When you stand at the front of a room and ask your team to commit an idea to a PowerPoint slide, for example, this might implicitly suggest that any idea you contribute will be more firm and serious than if your team is allowed, instead, to simply dash off their ideas on small slips of paper (which can so easily be crumpled up and tossed) and then slap those slips on a big wall.

There’s just something liberating about using for your idea-capturing tool the same little square pieces of paper that you’d use to take a phone message, for example, or to jot down your colleagues’ lunch orders. It puts less pressure on whatever you write. And that pressure can have the advantageous effect of encouraging more creative thinking among your team at the early stages of your product’s development.

3. Post-it notes’ physical size (the little square ones, at least) are ideal for distilling ideas and concepts to their essence.

TED talks generally have a maximum allowed time of 17 minutes. Movie producers demand screenwriters condense the concept of their script into a one-sentence “logline.” And you’ve probably heard the Blaise Pascal quote (sometimes attributed to Mark Twain) that “I wish I had time to write a shorter letter.”

Profundity tends to come in smaller packages. Which is why product managers and developers so often aim for “elegance” — there is inherent beauty in producing something that accomplishes a goal or solves a problem with a minimum amount of input.

When it comes to sharing ideas for your product, or making a strategic argument for or against a particular theme or feature, you want to be able to capture, organize and communicate these ideas as succinctly as possible.

This is where the Post-it note proves its value again. The size of the note itself demands that you distill your argument, strategy or plan to its essence — making it easier for your team to clearly understand it now, and for you to remember later when you review it on your roadmap or backlog.

Some applications do a wonderful job of facilitating this distilling as well. Trello, for example, encourages each card (essentially, an onscreen Post-it) on its boards to contain only a few words. As you can see from the screenshot below, this allows for an at-a-glance understanding of the strategic-level plans on that board.

Our own application, a purpose-built roadmap tool, accomplishes a similar function for roadmap creation and sharing.

As you can see from our own screenshot here, ProductPlan, like Trello, lets you color-code various components of your roadmap — by theme, for example, or according to priority level.

This color-coding also digitally parallels Post-its — which you can buy in a multitude of colors to make it it easy to specific aspects of your project and group or move individual tasks. We hope this article has given you enough reasons to add Post-its to your shopping list, and to keep a stack of them handy for your meetings or even your own strategizing.

Who knows? You and your team might find that the simple act of writing out your thoughts and ideas on little paper notes, posting them on a wall and then moving them around gives you new insights and perspectives — creative angles you hadn’t noticed as you plowed through the same PowerPoint slides for the thousandth time.

And if you’re looking for Post-it-note simplicity for planning or presenting your roadmap — but you want a digital equivalent that’s just as easy to drag, drop, add and remove items on the fly — then we’d suggest you take the same approach as Brian Crofts and his team at Namely, shown below: Try ProductPlan. Or better yet: Augment your offline meetings, using Post-it notes, with a digital ProductPlan roadmap. Have a product management tip of your own to share? Let us know in the comments below! 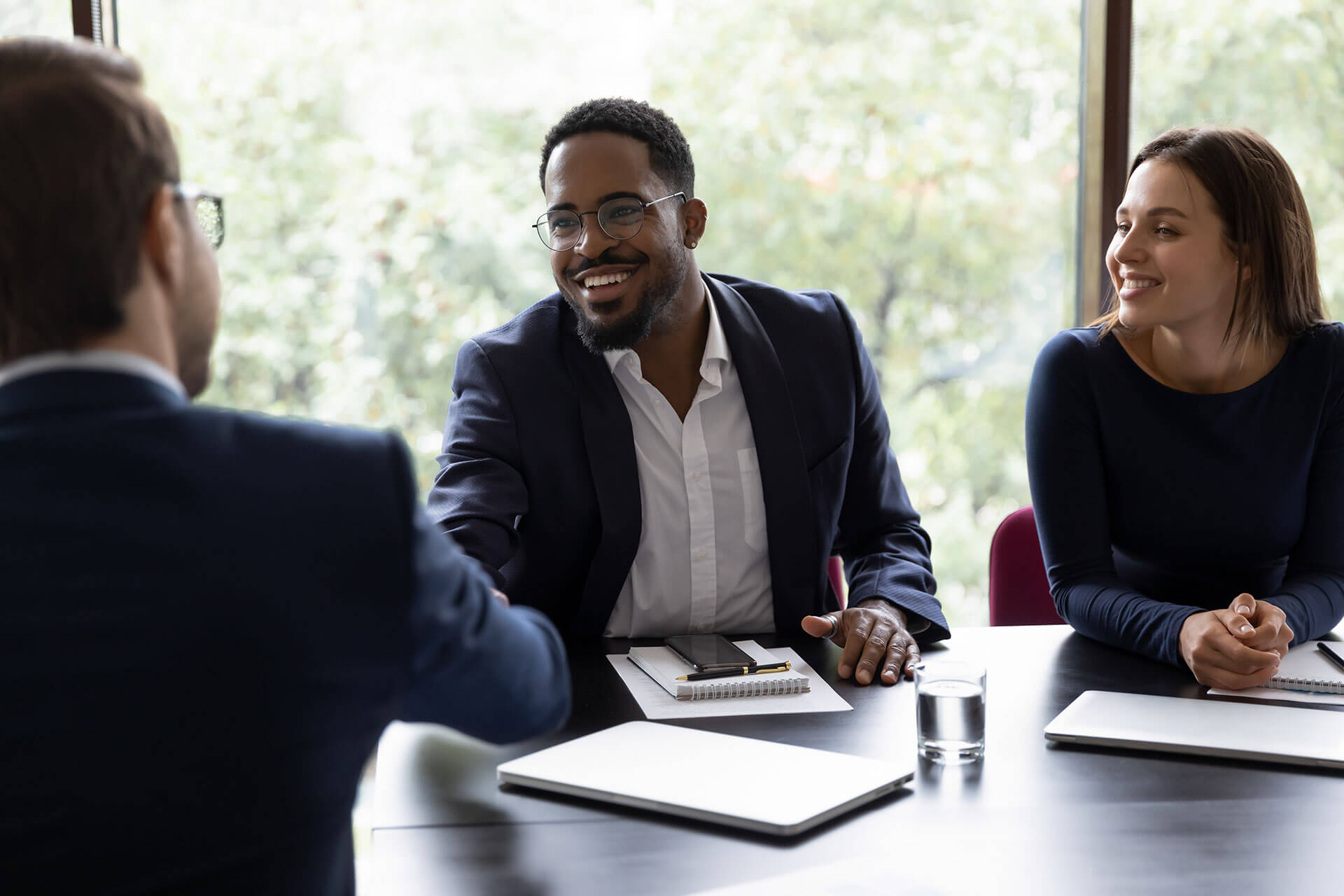