Have you ever imagined getting a project job at Google, Amazon, Facebook, Apple, or Costco? You’re not alone! Product managers (PMs) at these big companies often enjoy advantages over PMs at other organizations.

A PM working at one of these powerhouses can probably expect some unique perks that go well beyond ping-pong tables or subsidized lunches. We’re talking about access to budget, resources, top-tier coding talent, and an envelope-pushing management team all in greater abundance than you’ll find at other companies–the kind of benefits that give PMs the chance to influence products that change the world.

If you want to land a coveted PM job at Google, Amazon, Facebook, Apple, or Costco, you’ve got to do your homework. Here are the best insights we’ve gleaned from talking with ProductPlan’s friends in the product community and researching advice from current and former product professionals at these companies.

Google looks for versatility, hiring primarily product management generalists rather than specialized PMs with deep but narrow experience. According to a 2017 article by Sujay Maheshwari, Google’s recruiters tend to look more broadly for PMs who are strategic thinkers with a potent mix of technical understanding and business knowledge.

Specific product knowledge seems relatively low on Google’s wish list for a new PM. Google likes to develop flexible product teams and bring fresh ideas and perspectives to multiple products over time. In an email to PM candidates, Google explains it wants product managers who “can easily float through our evolving product lines.”

Other than versatility, what other traits does Google look for in its product management hires? Here’s a snapshot of a few specific attributes outlined in Google’s PM recruiting email.

What Does Google Look for in a PM?

According to Google’s PM recruiting email, interviews generally don’t include those complex brain-teaser questions many people fear. Your consultation may consist of hypothetical questions about how you’d handle specific issues related to Google products, but you probably won’t get complex math questions or abstract problem-solving questions.

What It’s Like to Work on Google’s Product Team

What is it like to work as a product manager at Google? A great source of insight comes from our friend Stephen Cognetta, a former Google product manager who now helps PMs land jobs through his educational site PMLesson.com.

Stephen’s article, A Day in the Life of a Google Product Manager, gives you an inside look at it’s like to be part of the Google product team.

We asked Stephen, “What is one additional bit of insight about working as a product manager at Google that you won’t find anywhere online?”

Here’s what he said:

“Google lends its product managers the faith and ability to build products from inception to launch truly. While there, I launched several products that originally had no staffing or resources. Such products include delightful features such as random number generators and spin a dreidel. As a product manager, I was able to source eager Google engineers, set timelines and milestones, and drive features to completion. It’s an amazing opportunity to have such autonomy to execute on products at Google.”

Dozens of hopeful candidates have reported that the interview process can be grueling and last anywhere from several weeks to several months. Consequently, landing a PM job at Amazon is a complex undertaking. Some candidates recommend brushing up on STAR methodology and SMART goal setting before interviewing. Others suggest a little preparation so that you can readily punctuate interview questions with accurate data.

An informative post on InterviewSteps, whose contributors come from companies like Google, Microsoft, and AT&T, walks you through the key areas to focus on when preparing for an Amazon product management interview.

According to the post, Amazon might throw you a few technical questions during a product management interview. Still, its genuine interest is in finding PMs who are intelligent, strategic thinkers who genuinely understand Amazon’s customer-centric approach to everything.

What Does Amazon Look for in a PM?

If you want to work at Facebook, be prepared for a steep competition. For 11 years running, the tech giant has been recognized as one of Glassdoor’s “Best Places to Work.”

According to the company’s Product Management Careers page, Facebook’s PM team embodies those “visionaries who guide new product ideas from an initial concept to full-blown product launch. Along the way, we collaborate with world-class engineers and designers to maximize each product’s impact on the world.”

If you review Facebook’s open PM positions, you’ll quickly find a theme. In many of the job listings, the team calls for “extremely entrepreneurial” professionals. You’ll also see no shortage of calls for PMs prepared to “reimagine” or “innovate.”

This supports one of the major themes of a 2018 CNBC article about landing a job at Facebook—the company wants builders, makers, and people willing to learn.

According to Facebook’s VP of Human Resources, cited in the article, one major mistake interview candidates make is positioning themselves as an expert or, worse, a know-it-all on their job’s subject matter. Facebook wants creative thinkers. It wants to hire people who have the skills to make things happen and a willingness to try new things.

So, what type of background and skills do you actually need to get hired as a PM at Facebook? Here are a few key traits, according to The Product School.

Sorry, Facebook isn’t hiring first-time PMs, so you’ll need to get some experience under your belt before applying here for a PM gig.

This varies according to specific PM positions, but many require a bachelor’s degree, often in technical fields. In some cases, though, a PM role will also allow the experience to substitute for the degree.

Here again, we see that one of the traits needed to join the Facebook team will be your ability to mesh with the rest of the organization and adopt its core values. In Facebook’s case, that means a boldness, a bias for action, and an interest in building social value.

Search “Apple product management” under the jobs section of LinkedIn, and you’ll find plenty of opportunities for ambitious and experienced PMs to find work with this world-changing organization.

But that doesn’t mean landing a job at Apple is going to be easy. Employment site Paysa even ventures to call Apple’s interview process one of the most challenging tech industries.

According to an article on BGR, product management candidates at Apple need to be prepared for some difficult and unexpected questions like the following:

Interview Questions Asked by Apple, According to PM Candidates

Unfortunately, we don’t have a brief list of the critical traits Apple seeks in its PM candidates as we did for Google, Amazon, and Facebook. Such a list is more challenging to come by for Apple, probably because Apple prefers to keep such information secret—as it famously does with so much detail about itself and its products.

Still, we can learn a lot about what Apple is looking for in a PM from the types of interview questions that candidates report being asked in their job interviews. For example:

One of the most important areas of preparation for your Apple job interview will be to study up on the company itself—Apple’s core values, its mission, its product suite—because its interviewers appear to use Apple’s company details in its questions for learning about job candidates.

And as one product manager who interviewed Apple later explained, “You can’t prepare answers for many of the questions Apple is going to ask you, so just be yourself.”

Not typically categorized as a tech behemoth, Costco Wholesale consistently ranks in the top five of Forbes “America’s Best Employers.” With a self-described “environment unlike anything in the high-tech world,” the company is the third-largest retailer globally with wholesale operations in twelve countries. Furthermore, net sales in 2020 reached $163.2 billion U.S. dollars. And at the end of 2020, the company had 109.8 million cardholding members. To say that Costco is growth-focused is a bit of an understatement, as “Costco was the first company to grow from zero to $3 billion in sales in under six years.”

Current and former PMs at Costco tend to rate the company’s culture, work/life balance, work environment, and benefits as top-notch. An astounding 96% of PMs at Costco report that they are satisfied with their help, and 92% believe that they are fairly compensated. According to data collected by Comparably, the average Costco PM earns an estimated $140,214 annually, and “compensation is $24,247 more than the U.S. average for a Product Manager.”

What Costco Looks for in Product Managers

Unconventional thinking and creative problem-solving are must-have traits for a PM at Costco. That’s because the company’s success rests on a carefully aligned marketing and business strategy that requires a little thinking outside the conventional box to pull off. Business writer Songlarb (Deejai) Riangkrul explains:

“Costco doesn’t make any money selling retail products. They lose about $40 million a year on their $5 roasted chickens alone. Therefore, how exactly is Costco able to survive in a hyper-competitive, low-margin industry and become one of the most successful companies in the world? The answer is simple — in an ingenious marketing master plan, Costco purposely sells a few items at a loss to drive customers into their stores. In essence, Costco’s business strategy revolves around losing a few small battles to win the business war ultimately. Furthermore, Costco isn’t in the business of making money on their retail products; they’re in the business of making money on their annual memberships.”

For example, a company in the business of making money primarily on memberships must invariably be deeply customer-centric to maintain this strategy. It’s no wonder that genuine product job opportunities emphasize a passion for its members and an unwavering focus on end-users.

Similarly, other traits the company looks for in product leadership include the ability to adapt and collaborate, familiarity with crafting user stories, ease working within a complex software dev environment and on complex dev projects, and a fine-tuned ear for understanding business needs.

As with Apple, prospective PMs should prepare for a product interview at Costco by studying up on the company itself—Costco’s core values, its mission, and its philanthropic activities, which it highlights as a critical aspect of its company culture. Moreover, the company’s business strategy depends on keeping satisfied members coming in the door. But Costco also seems to care about making the world fair and equitable genuinely, so ethical alignment on a personal level can’t hurt your chances.

Getting a Product Management Job at Google, Amazon, Facebook, Apple, Costco, or Other Top Company

There’s a fantastic Business Insider article on the traits and qualifications you’ll likely need to land a job at a tech giant like Google or Apple. For instance, researchers (at Paysa) reviewed employees’ resumes in various departments at several of these tech firms and found some common traits among them.

Here’s what those researchers found these tech companies are looking for in product managers.

Indeed, that’s a lot of skills to develop! And it helps explain why the competition for PM jobs is so fierce at Google, Amazon, Facebook, Apple, and Costco. We hope this post gives you a better understanding of the skills and experience needed to land a job. And if you happen to find yourself in an interview, don’t forget to let us know how it goes!

Finally, once you get your dream job, learn how to navigate your first 90 days as a product manager: 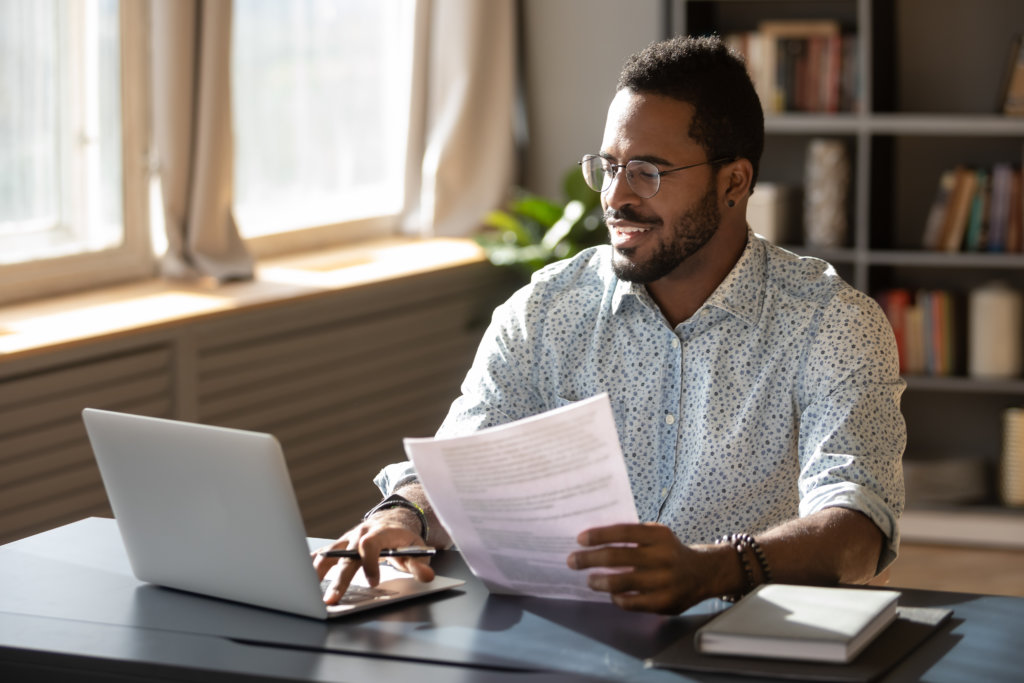 What is the Product Manager Career Path?

The product manager career path is an exciting journey with lots of on- and off-ramps. Learn what career path you...