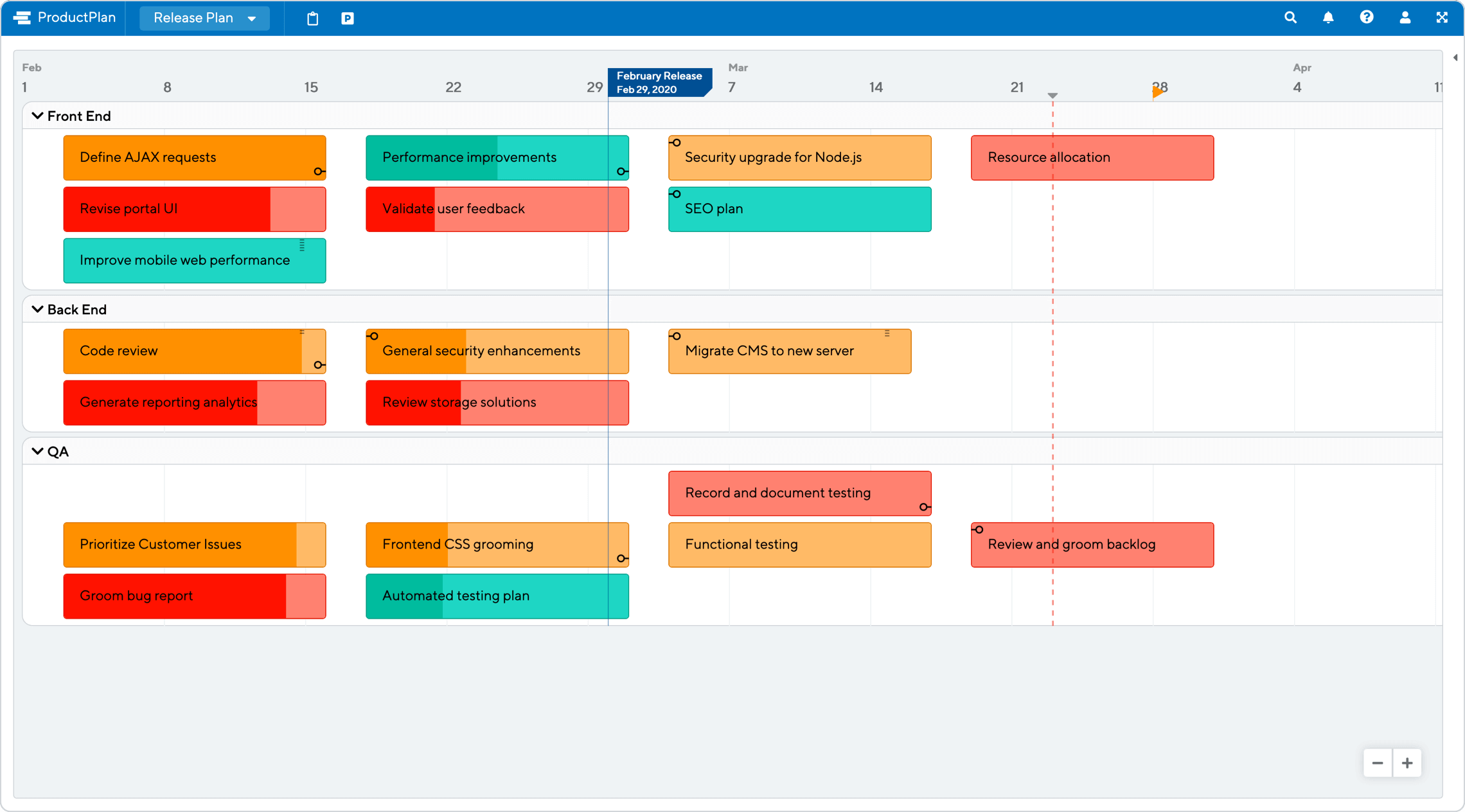 A release plan communicates the features, enhancements, and fixes coming out in the next release or series of releases. Release plans often use sprints, rather than months or quarters, to break up the timeline (in ProductPlan, you can easily customize the number of days in each sprint and choose how many sprints you’d like to display on the roadmap).

This example release plan is divided into four sprints of about two weeks each, with milestones representing the expected release days. The swimlanes categorize the initiatives as belonging to the front-end team, back-end team, and quality assurance team. The bars represent the major initiatives involved in each sprint and they are color-coded according to priority level, making the plan clear and useful for both product and development audiences.

Release plans are usually more granular and actionable than product roadmaps, and the two can be used in conjunction to communicate product strategy in both the near-term and over the coming months, quarters, or years.